2016 Name of the Year: Dragonwagon Regional, Round One 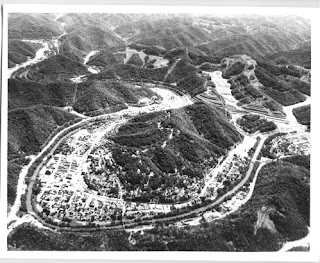 This season's Name Of The Year contest kicks off as the repercussions of an uneven economic recovery have been laid bare. Members of Middle America's working class have rarely had it worse. Pensions are running out of money, drug abuse is rampant, and jobs in the trades are disappearing. For most, that'd be excuse enough to turn up the volume on the West Wing DVD and crawl under the Packers fleece blanket, remembering better times.

Not so for one contestant in the Dragonwagon Regional: Rusty Justice, a canary in the coal mine who has been reborn as a new-economy phoenix. The blue collar hero shrugged off smug, coastal doubters and swapped work in Kentucky's shuttering coal mines -- long the best employment opportunity in poverty-stricken Appalachia -- for computer coding.

Rusty's rise was not a given. Before he began compressing coal into diamonds, he was, as anyone would be, terrified to see his livelihood disappear. "I am as afraid of my government as I have ever been," Rusty told Chattanooga's Times Free Press in 2011. "The policies being enacted by my government is going to destroy the economy of my part of the state."

But Rusty separated himself from the rest of us in the shivering, huddling masses by acting decisively as the world collapsed around him. “We pondered on it, prayed over it,” he said. “We need to do something.” His company, BitSource, found itself fielding 900 job applications when it was looking for 50. He was providing hope where there'd been none.

Rusty's story stands in stark contrast to the current chapter in American history, where others have allowed fear and anger to swell into xenophobia and nationalism. He's found steely resolve under industrial decay. He's created an opportunity earned by the hard work of Kentucky's miners.

As in his personal crusade, Rusty's path forward in the NOTY contest is not clear. As the region's 13th seed, he's up against Miramar, Florida's Dr. Shark Bird in the first round. Surviving that fight will pit him against either the Kalkaska Rhinos' Daystar Smallboy or Lt. Charlene Sprinkle-Huff of the Monroe County Sheriff's Office in the Florida Keys. These are all tough contenders.

Rusty, though, has always had faith. This is a year to return the favor, and have faith in Rusty Justice.

#7 Ransom Barefoot, ex-boyfriend to the mother of a missing child, vs. #10 IV Seacat, Texas Tech walk-on

#2 Inta Mulch, top female bowler, vs. #15 Lil'Jordan Humphrey, widely-recruited running back
Posted by NOTYdad at 9:00 AM