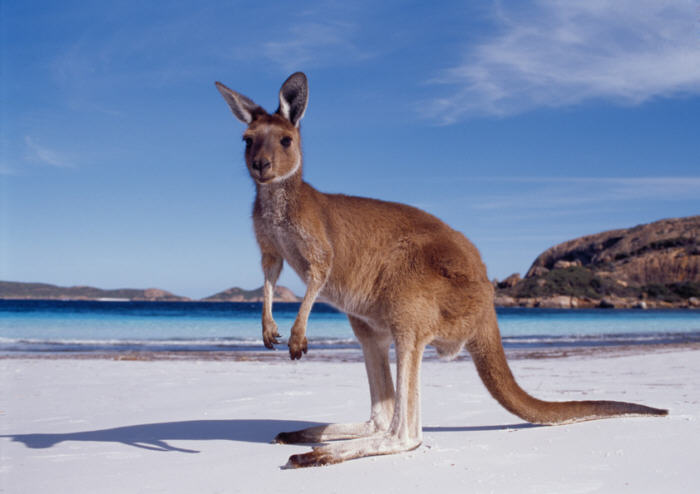 The Man of Steele is the Name of the Year.

Not that you're surprised. Our sister nation of jocks, drinkers, surfers and -- um, what else to do they do Down Under? -- got behind their candidate and rode him like a joey on a jill to the promised land. So congratulations, Australia. With 82 percent of the vote, Aussie wonderboy Steele Sidebottom, the No. 4 seed out of the Dragonwagon Regional, routed Sithole Regional No. 11 seed Banana Yaya in the final of the 2010 Name of the Year Tournament. Have a Foster's to celebrate.

There was grumbling among NOTY commenters about whether the Collingwood footballer with the shaggy hair and boyish smile "deserved" his championship run. Personally, he wasn't our bowl of rice; we favored some of the even more linguistically creative names in the field, like the NOTY High Committee's champion, Nohjay Nimpson, or American footballer God's Power Offor, or Delaware car crasher Spontaneous Gordon. But of course we did. We seeded them No. 1 in their regions, after all.

But NOTY, and name appreciation in general, is an inexact science: He's a rammer, jammer Schwinghammer. She's a Pencilman. Sure, over the years we've come up with our own internal formula for A Great Name, and usually the wisdom of the small crowd that is the High Committee makes the arguably right call, onomastically speaking. But when we opened NOTY to the People, we knew that popularity might occasionally trump quality. That's just the way democracy works. You're Congress, we're the Executive Branch. (The High Commissioner is the Supreme Court.) We check and we balance. But we won't take away your right to vote.

So let's lift a pint to our man Steele, who really does have a corker of a name, and let's lift one to Australia, too. Thanks for stopping by, blokes. Hope you'll come back next year. Just don't expect to see Tyson Goldsack or Matt Suckling or James Polkinghorne on the ballot.

Thanks to everyone for reading, voting, nominating and commenting. Keep those 2011 NOTY nominations coming at nameoftheyear@gmail.com.
Posted by stw at 10:31 AM