And Away We Go

It's been quite a year. In the spring, we mourned Destiny Frankenstein 's unjust defeat. In the summer, we summited Denali. And Aconcagua. In the same week. In the fall, we ran for President (lost). We hoisted a Tony. We sailed around the world with nothing but a three cans of Spam, a box of Carr's table water crackers and our pet monkey, Hans. We got a government bailout. We celebrated the release of Reprobatus Bibbs from prison. We even tagged some subway cars. Check it out: 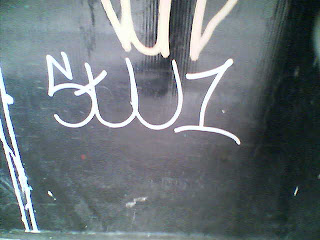 While we were gone, you flooded our inbox with hundreds of nominees for the 2009 Name of the Year Tournament, including links, photos and other naming goodness.* We've whittled that remarkable assemblage of onomastic talent to a list of 160 or so contenders. The NOTY Seeding Committee will meet soon to narrow the field to the final, precious 64. (We're still accepting nominations at nameoftheyear@gmail.com.)

*For their keen eyes, untiring service and outstanding contribution to NOTY, the High Committee would like to present its first annual Name of the Year Nominator of the Year Award -- the NOTYNOTY -- to Rob Daniels and Evan Goldfine. Congratulations, fellas! 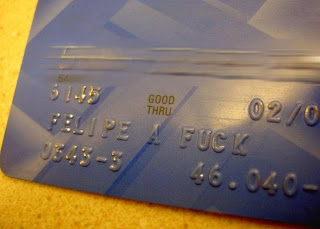 It will take the Seeding Committee some time to prepare the ballot. But it would just be mean if we didn't share a few of the nominees. While it'll be hard to top 2008--and we mean Destiny-Spaceman not Obama-the other guy--the field is looking rather strong. Consider:

Oh, and this guy: 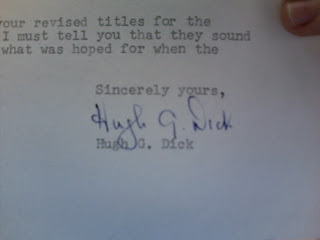 See you in a few weeks.