A Word from the Commissioner 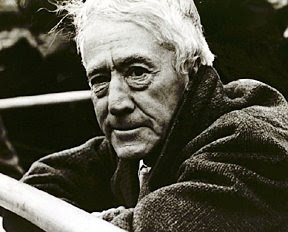 I am the High Commissioner of the Name of the Year Committee.

You don't hear from me very often. That's mainly because I hate technology. Though I have one, I despise the Blackberry. Though I use one, I balked at the personal computer. Though I carry a Metrocard, I long for the subway token. Buh-log? It’s taken me a while to get on board, even for one in honor of my greatest creation.

But we're here. And while you, my children, have helped make NOTY an oasis in the interweb desert, you have strayed. You cull names from the series of tubes. You worship in the temple of the name changers. Worst of all, you are obsessed with Dong (Vanilla) and Poon (Poony).

So like Moses (the one in the Bible, not the Hall of Name), I feel it necessary to come down from the mountaintop to offer some Wisdom Bleboo before you screw everything up.

So here's the skinny from the High C:

Sithole Regional: There's too much sex in the Sithole. And too much sex weakens the legs. Assalone, Clapsaddle, Johnson, Trim, Horse Dick, Licking, Moustache—they’re not going to have anything left for the later rounds. Looking for a long shot? Bridget Midgett. [Editor’s note: Um...]

Bulltron Regional: We (the NOTY Seeding Committee) must have been drunk (or podcasting) when we did the Bulltron. Except for Frankenstein and Thankgod, I've got the 'dog winning every first-round match. The sea shall part for Silky Labie—until she meets her Destiny.

Chrotchtangle Regional: The best matchups of the tourney! Fonda Dicks v. Poony Poon in the Chrotch 16. Pansy Ho v. Cash Dixon Ringo Starlight in the Chrotch 8. Get the kids to bed early.

Dragonwagon Regional: The 'wagon is up for grabs. Double-E Steeve Ho's gonna have to deal with a full-sentence high (Have-A-Look Dube) and the always-tough legacy name (Daniel Best-Spicehandler, spawn of 2004 NOTY Jerome Fruithandler and fictitious NOTY legend Billy Joe Spicemonger). And no one should look past this year's Olive McWeeney (Edward McClammy).

Bet your Dong on it.