Candy Graham withstood the test of time and popped Rocky Cherry to win Name of the Week Week 7. This week, we're celebrating Victoria Day a bit late and Canada Day a bit early—not to mention the appearance of an ice-skating team from somewhere up there in the Stanley Cup finals—with this once-in-a-lifetime NOTW match-up of northern friends. So strap on your CCM's with the Tuuk blades, talk your way past the U.S. border guards despite your TB, and pick your favorite Canuck. 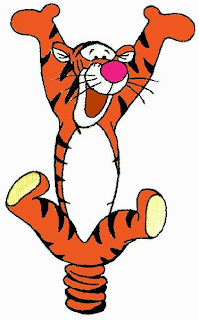 Tigger Jourard: The wonderful thing about Canadian No. 1 is that she got to be on Jeopardy! last month. The sad thing is that we don't have a transcript from the show to see whether her chat with Alex Trebek went anything like this:

AT: Our next contestant is a faculty administrative assistant at the University of Western Ontario. Please welcome Tigger Jourard!

AT: So, Tigger, you're an adult, correct?

AT: Then why do you allow yourself to be called by the name of the bouncy, orange, striped character introduced in Chapter 2, ``In Which Tigger Comes to the Forest and Has Breakfast,'' of The House at Pooh Corner, A.A. Milne's lovable 1928 classic about Christopher Robin and the adorable gang from the Hundred Acre Wood?

AT: Our next contestant is...

We can't find any explanation on the World Wide Highway for Tigger-the-trivia-whiz's name. But we're sure there's an endearing tale about the parents' love of all things Milne. Fitting, then, that their daughter grew up to be as clever as clever.

Well, almost as clever as clever. Tigger busted out in Final Jeopardy! on this question:

The largest art theft in U.S. history was at 1:24 a.m. on this date in 1990, while Boston slumbered after partying.

We had no idea either. Until we considered the city. 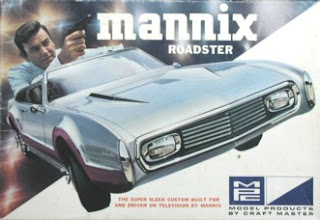 Manix Auriantal: Canadian No. 2 is a 6-2 guard for the Quebec Kebekwa of the American Basketball Association, the league that starts every season with 437 teams and ends with 12. Yes, the Quebec Kebekwa. That would be a phonetic spelling of Quebecois, or Quebeckers in English. Sort of. We think. We have learned, and are disappointed to report, that the loser of a name-the-team contest was the Jumping Frogs.

Manix played for NCAA Division II New York Institute of Technology, the Ulriken Eagles in Norway, and the Montreal Royal/Montreal Matrix of the ABA, and was cut from the Canadian national team. He was a 2006 ABA All-Star along with—we shit you not—former NBA player Armen (Armon) Gilliam, who's almost as old as we are, and none other than 2007 Homophobe of the Year Tim Hardaway.

We love Manix because he's old school. Most of you kids are too young to remember the cult detective show that we really, really hope is responsible for Manix's first name. We can only imagine how the concept pitch would be received in Hollywood today:

Armenian-American gumshoe. Regular guy. So regular his name is Joe. Joe Mannix. Fought in Korea. Bigtime PTSD. Army buddies want to kill him. Drives a big American-made convertible. And here's the clincher: He uses a lot of Armenian proverbs in conversation.

But enough about Mannix. Back to Manix. His family is from Haiti. Two of his three college-basketball-playing brothers are named Hennssy, who played for Wisconsin, and Rodwins, who preceded Manix at NYIT. (Sadly, the eldest is named Ralph.) Together, the Auriantals have been dubbed Quebec's ``first family of hoops.''

We're thinking of them as the first family of NOTY.

(Thanks to NOTY readers Mark and Michael.)