After a brief early-summer hiatus, the NOTY Committee is tanned, rested and ready. When we last convened, Jeopardy! loser Tigger Jourard nipped Quebec hooper Manix Auriantal in an all-Canadian Name of the Week Week 8. This week, an all-courtroom NOTW. 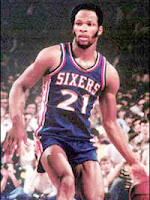 Free-King Afrika: Back in 1985, a judge in New York state dropped 10 to 20 on one James Jenkins, AKA James Davis, for rape and sexual assault. Like other prisoners before him, he apparently decided to turn his life around. Not by finding God or keeping his nose clean. He set his sights higher still.

He set his sights on Name of the Year.

Yes, James Jenkins AKA James Davis changed his name in the joint. To Free-King Afrika.

Let’s try to parse the meaning. Is James Jenkins AKA James Davis saying he is the king of a free Africa? That Africa isn’t free? That the king of Africa should be freed? Is he speaking colloquially, and disrespectfully, about ``freaking Africa?'' Or is he perhaps alluding to one of the proposed origins of the name ``Africa,'' that it derives from the Greek word phrike, meaning ``cold and horror,'' and the prefix a-, or ``without''? Is Free-King Afrika saying he is now without horror?

To quote Little Carmine, this name is one mellifluous box. Free-King Afrika reminds us of former Philadelphia 76er World B. Free (above). Then you’ve got some Bernard King (right). And Bernard’s little brother, Albert King. You probably even have some Jimmy King from the Fab Five. 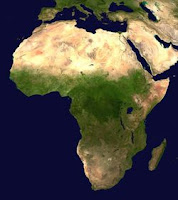 Free-King Afrika also raises the time-tested malletheaded debate: Is a legally changed name a name by NOTY standards? The courts have ruled yes, and the precedent has come to be known as the Dragonwagon Doctrine, after beloved 1993 NOTY winner Crescent Dragonwagon. (It's also known in some quarters as the Thunderpussy Doctrine, but that’s a case we’ve yet to discuss.)

And we also have to wonder: Was underachieving James Jenkins AKA James Davis inspired to change his name by NOTY cellmates like Conceptualization Gibbs, 2007 NOTY No. 1 seed Intelligent Infinite Botts and the great Assumption Bulltron, who also was jailed in 1985? (Coincidence? We think not.)

We’ll probably never know. Because we've seen Mr. Afrika's picture. And we’ve inspected his record. And we've noted that he used a ``firearm'' and a ``knife/cutting instrument'' in the assault. And he was released in December. So we ain’t askin’.

Othello Cheeks: If there’s one guy with the stones to ask Free-King what inspired his name change, it just might be this week's other nominee. Othello is also in the legal system, but not for offing Desdemona. Our guy is the plaintiff in a lawsuit filed last week against New York City. 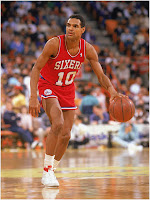 Better still, our moor’s lawsuit arises under the civil rights law known as “Section 1983.” Perfectly sensible, since Cheeks, Doc, Toney and Moses led the 1983 Sixers to a 65-17 record and a Whiz-with-onions sweep of the Lakers in the finals.

(Thanks to NOTY readers Carolina and Ned.)