`Fo’ Shizzle My Nizzle’ Should Work, Too 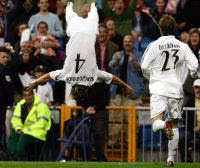 This just in to the NOTY Action News Room:

Pat and Sheena Wheaton said they decided to name their new baby "4real" shortly after having an ultrasound and being struck by the reality of his impending arrival.

We’re hoping that New Zealand's Registry of Births, Deaths and Marriages comes to its senses and validates Baby 4Real. In case it doesn’t, the sheep-loving staff at Kissing Suzy Kolber took time off from hanging out with Michael Vick, tapping Roger Goodell’s phone, and very, very ably managing the Sarah Shahi fan club to brainstorm some solutions for the happy couple. Then they emailed them to us.