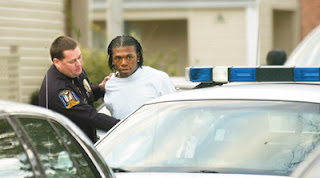 Nomen est omen, the Romans said. Name is destiny. We’ve wondered whether people named Thankgod, Laughter, Excellent and Goodluck have a leg up on the rest of us. Or whether the threat of character eventually betraying name—what we like to call a ``reverse gloat’’—is just too powerful. Then we met former North Alabama basketball star Reprobatus Bibbs and our world turned upside down.

Let’s get the rest of the Latin out of the way first. Probatus is the past participle of probare, ``to try, test, prove’’ or (the meaning we’re looking for here) ``prove to be worthy.’’ Reprobatus is the past participle of reprobare, a combination of re, ``reversal of previous condition,’’ and probare. The English word reprobate traces to 1432, meaning to disapprove. The more modern meanings appeared later: in 1545, ``one rejected by God’’; in 1592, an ``abandoned or unprincipled person.’’ In contemporary lexicons, a reprobate is someone who is morally corrupt or foreordained to damnation.

So why not just name your kid Lucifer? Or Beelzebub? Or (insert Church Lady voice here) Satan? The parents of Reprobatus Bibbs might as well have done that—though we can’t find a story explaining why Cleveland and Frances Bibbs chose to name their only son Reprobatus. The only possible positive spin that we can find comes from a 13th century book called The Golden Legend. Bear with us while we relate the story.

A giant from Canaan named Reprobatus wants to work for the most powerful dude on earth. When he sees his employer, an omnipotent king, making the sign of the cross for protection from the devil, he goes to work for Satan. When he discovers that Satan is afraid of Christ, he goes in search of Christ.

One day, Reprobatus is sitting by a river when a kid asks for help getting across. As Reprobatus starts walking, ``he feels the waves rising, darkness overcomes him and the child [gets] heavier and heavier.’’ Freaked out, Reprobatus prays to Christ and the waters calm. When they reach the other side, the kid tells Reprobatus he had made himself heavy because he’s actually God. To prove it, he has Reprobatus stick his wooden staff in the ground. The next day, it bears leaves and fruit.

So to call their kid Reprobatus, the Bibbses would have to have been Bible scholars. Possible, yes. But still. When it comes to picking a name, it’s best to consider the modern meaning over an obscure 13th century reference. 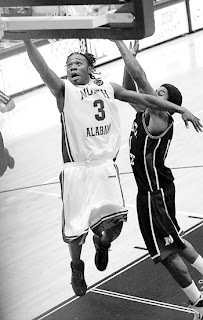 The result of this choice was a Garden of Eden tale. Repro—and that’s what he was called, Repro, which brings to mind the voice of Astro from The Jetsons—started off innocent and pure. In high school in Courtland, Ala., he was first-team all-state in basketball and honorable mention all-state in football. In 1999, his high school teams won state championships in both sports, and the basketball team repeated in 2000. Repro's basketball coach said he was the best athlete he ever coached. After attending a junior college in Florida, Repro came home to play for North Alabama. As a junior, the 5-11 guard hit three last-second game-winning shots. As a senior, he averaged 15.5 points per game.

Then, with just a few games left in the 2005-06 season, the apple fell. During a year-long sting operation, Reprobatus allegedly sold crack and pot to undercover cops. At his girlfriend’s apartment one day, the cops called to make a buy. When they showed up, Reprobatus flushed drugs down the toilet, the police said, but two grams of crack and digital scales were found inside a 1996 Chevy Caprice. Reprobatus was charged with four counts distributing crack, possession of crack and possession of drug paraphernalia.

Our information on Reprobatus ends there. The local papers in Alabama haven’t written about him since. We checked a registry of Alabama inmates and the only Bibbs currently incarcerated is an Erline (who did something very bad; she's in until 2051). So maybe the charges against Reprobatus were dropped. Maybe he’s free on bail awaiting trial. Maybe he served his time. We don’t know, but something tells us the news isn’t good. How could it be? You wouldn’t be wrong to think that fate ordained that the son of Cleveland and Frances—and brother of Verenda, Stella and Veronica—one day would fail, one day had to fail, to live up, or down, to his name. Nomen est omen, baby, nomen est omen.