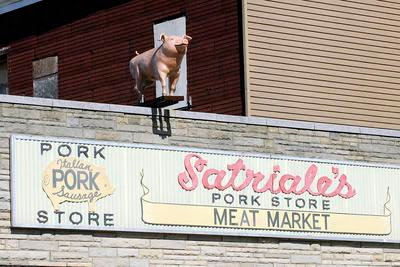 HIGH COMMISSIONER: So how does it end?

COMMITTEE MEMBER K.C.: Bobby Baccala gets pinched for the sloppy hit on that Canadian guy in the laundromat. Remember how he grabbed Bobby’s shirt? Janice, already on the rag for the way Tony treats Bobby, gets mad and pops her brother. Like she popped Richie Aprile.

COMMITTEE MEMBER STW: Is that your mob name? White Moses? You work for Hesh? Anyway, the Phil Leotardo shit is a diversion. Badness happens from within: Tony kills AJ for being a big pussy, puts Janice back on the bus to Seattle or whereverthefuck after she kills Bobby, catches Carmela finally doing Furio and whacks them both. It ends with T still in charge of this thing of theirs. But Dr. Melfi makes him start analysis. Five sessions a week.

HIGH C: Then what?

HIGH C: Have another sfogliatelle. Here’s how it ends: Christopha, desperate to get back into Tony’s good graces after his film career craps out, fixes the 2008 NOTY Tournament for Ding Kong. Tony, big in the hole to gamblers, puts a Sackrider full of ’scarole on Kong. When Kong loses to Destiny Frankenstein...

A cellphone rings. HIGH C pushes the top open and puts it on speaker. A raspy voice is heard.

VOICE: This is Fabio Assalone.

ASSALONE: Facia bruta. Don’t be a caffone. I know how it ends.

HIGH C: How in the name of Baskerville Holmes did you know what we were talking about?

HIGH C: In where? 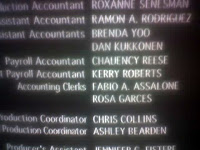 ASSALONE: I’m part of the NOTY family now. A made guy. I was nominated this week. Some fuckin' jamook, guy named Phil, saw my name roll by on the credits, did a screen grab and emailed it to you chiacchierones. I’m an accounting clerk on the show. David Chase's consigliere-in-training. I know everything.

HIGH C: For the love of God Shammgod, just tell us how it ends! We’ll make sure you win Name of the Week! We’ll give you a No. 1 seed in 2008! We'll waive the one-year waiting period for getting on the Hall of Name Ballot!

ASSALONE: The Hall of Name? Really? All right, all right. So Tony’s bangin' Melfi on the floor of her office. Carmela, Meadow, the ghosts of Livia, Adriana and Gloria Trillo, and the mole on Ginny Sack's ass burst in, guns drawn—don't ask. Tony rolls over the way he does when he's finished with some puntanna, looks up in horror and—

HIGH C looks around the table at the NOTY Committee.