This Kong Will Be Scaling the 2008 NOTY Seedings 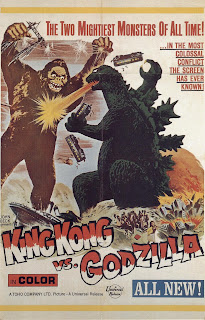 In the beginning, there was King Kong. Then came Son of Kong. And King Kong Escapes. And some other Kongs, too.

Kong is a junior at Cornell, and a pretty accomplished one. He was named a Morris K. Udall scholar for his environmental work. He’s president of a campus environmental group called the Sustainability Hub (where he works with another excellently named student, Ethan Rainwater). And he’s about to receive the inaugural Maribel Garcia Community Spirit Fund award for his work with low-income kids in Ithaca, N.Y.

Before he graduates, Kong should be in the running for another prestigious award: the 2008 NOTY. But he'll have to share the stage with a fellow Ding Kong, an abbot at a temple near Hangzhou, China. An online diarist named Taitaku Pat Phelan described meeting this Kong in 2001.

We were seated at tables and chairs and were served tea by an elderly lay woman. ... Reminiscent of Hongzhi, Abbot Ding Kong said:

(Note: We were privileged to know Maribel Garcia, a neighbor, poet and friend who died in a car accident in Arizona. Rock goddess and NOTY friend Sam Shaber is playing a benefit for the Garcia fund.)
Posted by High C at 9:32 AM