Let the Road to the Final Four begin!

The Name of the Year Committee meets tonight at an undisclosed bar in Tribeca to seed the field for the 2007 NOTY Tournament. Sixty-four deserving names—no play-in game in NOTY—in four regions named to honor some all-time greats, just like they used to do in the National Hockey League, only funnier and recognized by more people. 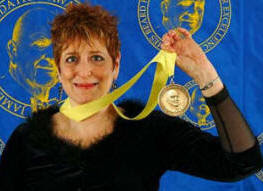 We invited anchorman and 2007 nominee Mario Hilario to do the play-by-play at tonight's event, but he has to get up early tomorrow to host NBC 10 Weekend Sunrise in Providence, R.I., and putter in his garden.
Posted by stefan at 11:20 AM